From the Bramley Magazine, March 2017 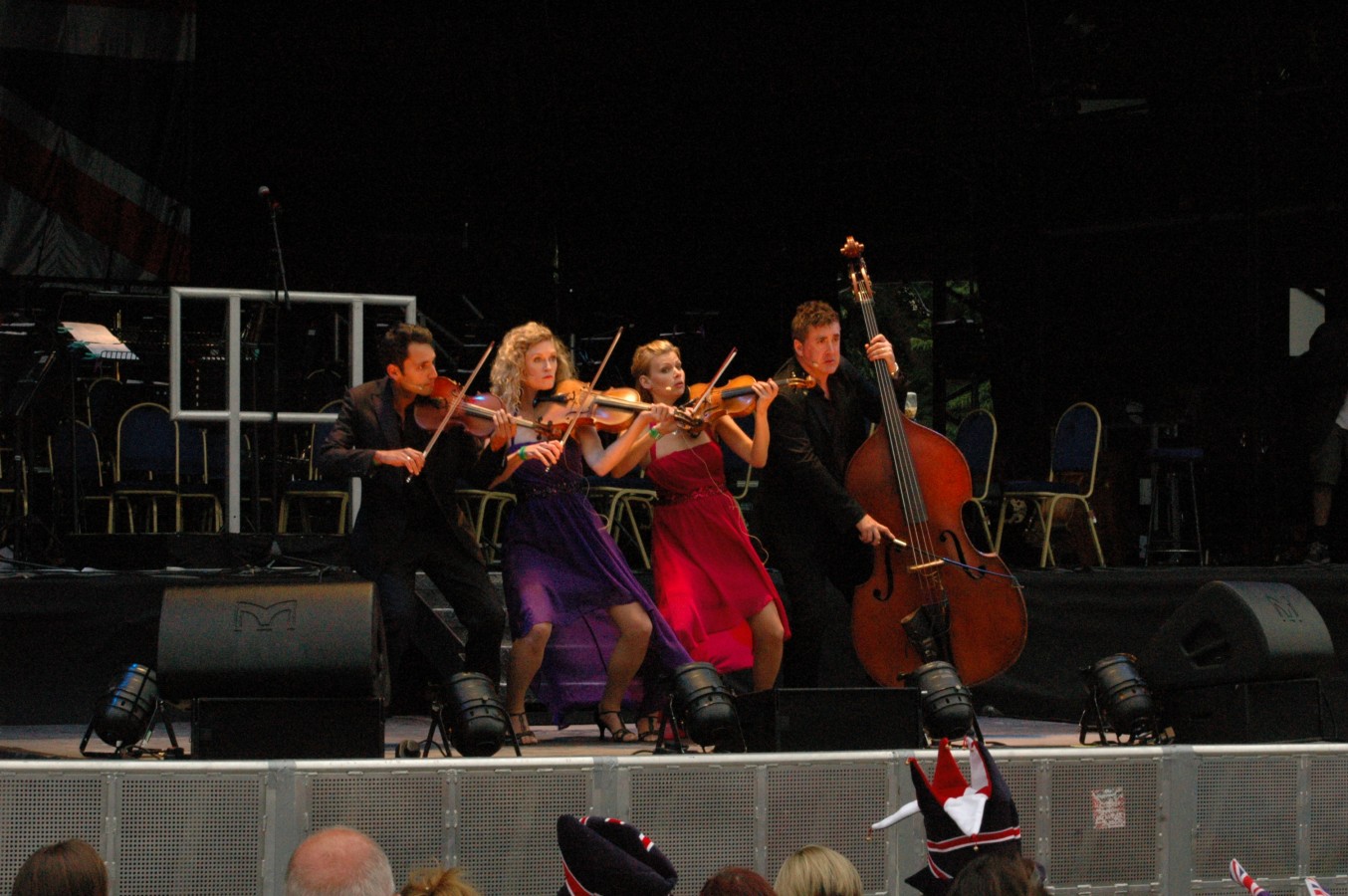 If your idea of a string quartet is 4 stuffy musicians in black tie then prepare to be surprised. Graffiti Classics, who are coming to play at the Bramley and Little London Music Festival on Thursday 15 June, burst the elitist boundaries of the traditional string quartet and put on an all-singing, all-dancing musical comedy show. With 16 strings, 8 dancing feet and 4 voices it aims to show how classical music can be funny and exhilarating for everyone, young and old. If you have a child learning violin, viola or cello then bring them along to show what they will be able to do in a few years.  You never know, it may even encourage them to do some practice!

Graffiti Classics entertain audiences all around the world with a classical concert, a gypsy-folk romp, an opera, a stand-up comedy set and a dance show all rolled into one! Not quite sure how they will manage that in our small church but they love a challenge, having played in prisons, hospitals, schools and on cruise-ships. They promise to get audiences laughing, clapping and singing along. If you enjoy their performance you can also book them for corporate events and weddings.

Graffiti Classics was founded by Irishman Cathal Ó Duill, whilst street-performing in London’s Covent Garden. He realised that classical music could be made fun for everyone through interaction and comedy. Having honed its craft on London’s streets, Graffiti Classics has developed a world-class show that offers a refreshing alternative to the stuffy perception of classical concerts.

The band is now in demand all over the world so it is testament to the excellent reputation of the Bramley and Little London Music Festival that they have agreed to perform in St James’s Church, Bramley. I am sure our audience will be just as appreciative as the audiences who have heard them perform in Singapore, Malaysia, Vietnam, Tunisia, Sweden, Holland, Estonia, Spain, Italy, Norway, Denmark, Greece and Ireland.

Whether you regularly listen to classical music or have never touched a musical instrument in your life I am sure there will be something for you on the 15 June.  The show is loved by everyone, whatever their age and musical inclination so why not give it a go?  This is what the press have said about Graffiti Classics:

“A simply wonderful show!” The Times